How to setup environment value for .NET Core application on Linux host

.NET Core comes with a great feature for loading different config file based on the environment. Environment is picked up from the host environment variables whether that is Windows on Linux based OS. Three environments (Development, Staging and Production) are fully supported out of the box, but you are free to use any other value that suits your need. For one of my cases I was using environment variable to set the region in which application is running in, so it is a lot flexible.

If environment variable ASPNETCORE_ENVIRONMENT is not set, .NET Core will fallback to default value which is always Production

Depending on which host and how you are running your application, there are various ways to set environment variable value.

This command will set environment variable for the current running session. To set it permanently you have to update bash profile. Depending on which CLI you use and distro location may vary. I usually host on Debian based distro with apt package manager, so most of the snippets will be samples from Debian based machines.

To make it permanent you need to update your bash profile. Use the following command to open bash profile in nano editor.

Paste the same line as for the bash profile file

If you are running .NET Core application on a Linux host as a daemon, you can declare your environment variables in a .service file which is used to register a daemon

Setting environment variable for the current session on Windows machine can be easily done from the Windows Command prompt.

This will set value for the environment variable for the current command process session. Once you close the command prompt this value will be lost. To set it permanently you have two options.

To set Environment variable from the Windows UI you have to go to Control Panel/System/Advanced system settings and click on Environment Variables... button 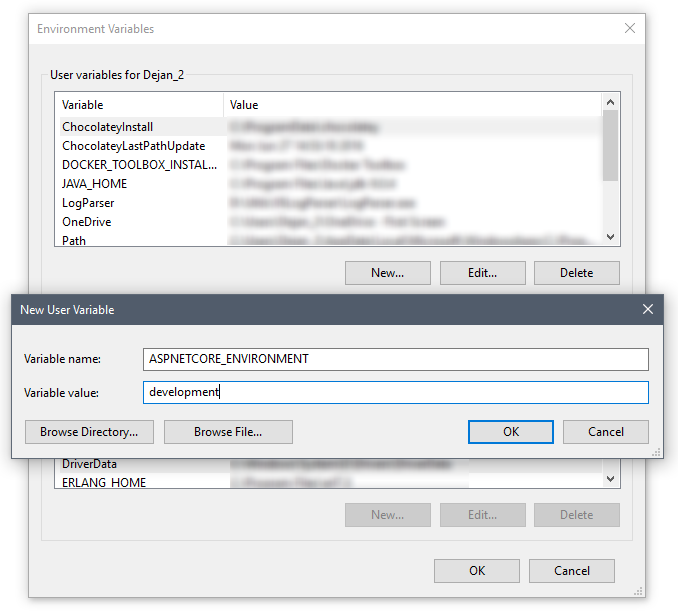 After pasting the command above user CTRL+SHIFT+ENTER to run it as elevated to be able to access System variables sections of the dialog. 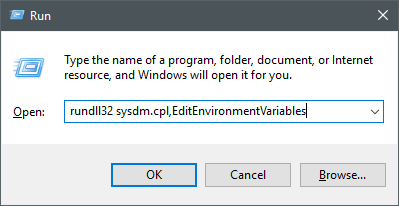 How do you set .NET Core environment value?